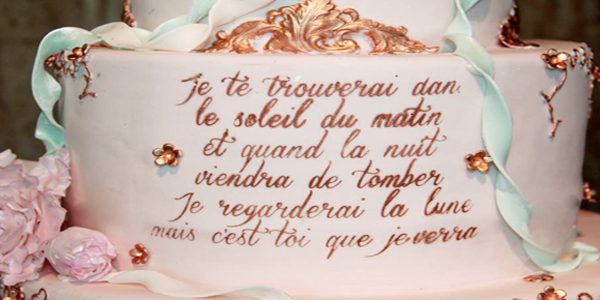 What is fondant? Fondant is a rolled icing that is very pliable and used for a variety of applications. It is used to cover cakes for decoration, used in place of royal icing for decorated cookies, and it can be modeled into figurines or, after conditioning, used for sugar flowers. Rolled fondant contains ingredients such as confectioner's sugar,corn syrup, glycerin, flavoring and vegetable gums for stability. Fondant was used for decades in Europe and Great Britain before making its way over to the United States.

Fondant has developed a bad 'rap' over the years and with good reason. When fondant first started appearing the United States, mass produced recipes left a very bitter aftertaste that was a huge turnoff. After all, who wants yucky bitterness with cake? The reason for the bitter aftertaste stemmed from chemicals that were incorporated into the mass production process. Cake decorators then started developing their own recipes for fondant, which some still use today.

Another popular reason people became turned off to fondant is because it was (and still can be) applied too thickly to a cake. This is due to either inexperience of the cake decorator or due to lack of care taken when cakes are iced. Filled cakes must be trimmed on the sides and tops first, then iced with buttercream or ganache, before fondant is applied, otherwise uneven bumps show through the fondant. Think of fondant like spandex. Fondant will show every bump and lump unless it's applied over a smooth surface, such as an iced cake. Fondant is correctly applied to a cake as a complete covering when it is thin.

The good news is that many fondants produced today do not have the bitter aftertaste and the texture has also improved dramatically. Most also have a neutral nice flavor, subtly of vanilla or marshmallow that blend well with cake flavors. As far as its application goes, you need to ask your cake designer how the fondant is applied and how their cakes are iced. Don't hesitate to ask for a taste of the fondant, either.

Sometimes the appeal to a buttercream finish is that it is more "rustic" or textural. Textural finishes can also be created on, over and with fondant without having to use buttercream. Regarding the cost factor, it may be true that buttercream is a less expensive option with cake designers that offer both finishes. But likely this really comes down to production and labor cost factors and the skill and preference of the cake designer.

So why is our preference for fondant over buttercream? Fondant keeps cakes fresher longer and can withstand display for longer periods of time than buttercream.This is especially true during summer months with outdoor weddings or at facilities that are poorly air conditioned. Outside temperatures and humidity can even affect indoor air-conditioned environments. Real buttercream and even commercially produced fake buttercream can absorb all sorts of un-cakey smells from commercial refrigeration (think of that stick of butter in your home refrigerator that picks up the onion scent). For decorations, fondant provides the best possible decorating surface, allowing the sky to be the limit. With buttercream or buttercream-type finishes, not all decorating mediums can be used. The image at the top of this blog post is a great example. Hand painted writing on a buttercream surface would not yield the same beautifully clear results as on fondant.

If you truly dislike the texture of fondant but like what it has to offer, is all lost? No, not at all. Did you know that fondant can be cleanly removed by your venue prior to serving? If our clients have this preference, we instruct the venues to please remove it prior to serving. Another thing to keep in mind is this - the only person who gets a "large" piece of fondant attached to their piece of cake are those who receive slices from the outside perimeter of the cake. Slices cut from the inner portion of the cake tier only have a very small piece attached to the top of the cake slice. Lots of people do like fondant and like eating it from their slice.

So give fondant cakes a chance. Their beauty and practicality can't be beat. 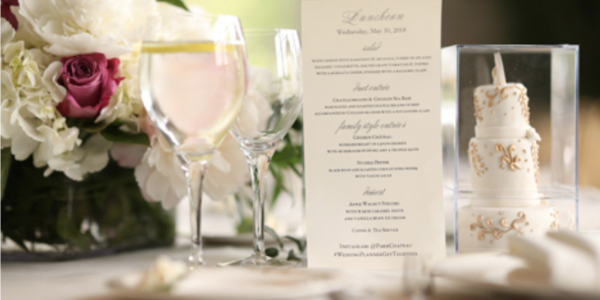 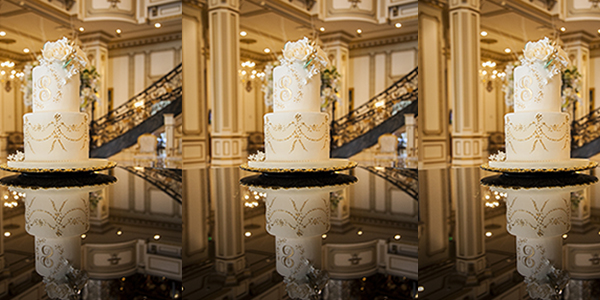